I attended WordCamp Columbus 2012 this past weekend. This is the fifth WordCamp that I have attended, and my first time as a speaker! I love the WordPress community, because after only two years of attending WordCamps, I’m able to speak, help others grow, and give back to the community.

Here’s me speaking about WordPress Security at WordCamp Columbus 2012, in the The Ohio Union at The Ohio State University.

The venue was awesome. The Ohio Union was the perfect size to hold the 150+ attendees this year, and has space for the camp to expand in future years. Angie, Jonathan and Dave did an awesome job as organizers. Ryan and I attended two of their meetups just prior to the camp, so I had an inside peek at what all goes into planning a camp. If our WPFortWayne meetups go well, I hope to hold a camp somewhere in Indiana within the next 1-2 years.

Friday night was the speaker’s dinner at Eddie George’s Grille 27, just walking distance from the campus. This was a great time to interact with the organizers and the other speakers. It gave me a chance to settle in and mentally prepare for my first presentation.

My favorite part of WordCamp is hanging out with quality people. We relocated to the outside tables along High St, which is the main drag along campus. About of a dozen of us talked, consumed Irish whiskey, and enjoyed the local college students stumbling by until about 2am. The next morning was a bit rough.

After finding the parking garage and securing some Starbucks, we went inside The Ohio Union to get our badges and SWAG. I was excited to see a long line of people waiting to register. Later we learned that registration had more than doubled less than a week out to over 150 people. After waiting a few minutes one of the organizers pulled us out of line to the front table and gave us our badges. I felt like a celebrity! I was exited that Austin and Donovan from WPEngine were in town with a cache of “My Blog is 4x Faster Than Your Blog” shirts. +1 to my WordPress t shirt collection.

I spent Saturday morning listening to several sessions in the marketing track. I walked away with some more tips about integrating social media sharing into my sites and tips about search engine strategy. For lunch a group of us walked to Red Robin’s BurgerWorks just down from campus and got to know each other better. After lunch was the keynote by John James Jacoby, lead developer of BuddyPress and bbPress. I’m so grateful he flew in from Rhode Island for this camp. Attendees had many good questions for him.

After the keynote was Ryan’s first presentation titled “Every Theme Sucks and Nobody Cares.” This was ironically slotted in the marketing track, but I think people walked away with a few tips. Basically, Ryan went through several things that theme authors do that theme consumers should avoid. Theme authors build in things like proprietary custom post types and shortcodes because they think that’s what customers want. Ryan’s goal is to convince theme buyers to stop buying themes with bad practices, and then theme authors will stop making them. In his second talk, which he’s given several times before, he went through over 100 plugins that he’s tested and used that address specific challenges when building sites with WordPress.

My talk titled “Google Says You Should Visit My Church” focused on WordPress site security. I helped build a site for a friend’s church plant and it got hacked about a week before Easter this year. Google presented users with a nice “This Site May Be Compromised” warning in the organic search results. Not the best first impression for them on their first Easter. I learned a lot about security very quickly. This was my first time speaking at a WordCamp but I feel like it went pretty well! I definitely have a few changes I’d like to make to improve for next time, but I got some good feedback from the audience. One lady said that she came to the camp specifically to learn about security because her site had been hacked recently. Check out the video below!

Here’s my slides on SlideShare:

Since my talk was in the last slot of the day, Ryan and I went back to the hotel for a quick change of clothes, and joined everyone else at Woody’s inside The Ohio Union for a few pints. It was closed to the public because of summer break for the college, but the organizers negotiated with them to open up for our private party. Everyone chatted for several hours and then a small group of us relocated back to Eddie George’s Grille 27. By the time we arrived at Grille 27, there was only myself, Ryan and JJJ left. Not to worry, because we all share an affinity for Jameson Irish Whiskey. John ordered some nachos for the table and they ended up almost crushing us under their mass. We chatted for a long time, relocated to an outside table and were later joined by Austin and Donovan from WPEngine, and Syed Balkhi from WPBeginner.com. Hanging out with Syed is always a good time. I’ve been out with him after three other camps.

On Sunday, Ryan and I opted to not attend any sessions and record some interviews for WPCandy‘s podcasts instead. I was sad to miss JJJ’s custom post type presentation, but the interviews turned out awesome. First we interviewed Syed, which was his first “podcast.” Ryan noted how strange it was to actually be looking at the person when podcasting, because all of WPCandy’s podcasts are conducted over Skype with remote hosts and guests. We pulled in each of the three organizers along with Syed before the camp came to a close with the closing remarks.

About a dozen of us walked to a Mexican style restaurant for lunch. Everyone was very pleased with how the camp came off and we let the organizers know that since they were able to join us for lunch. After lunch, most of the locals left to go home to their families. That left six of us out-of-towners with some time on our hands. Back to Grille 27. We started out playing pool and hanging out. The waitress hooked us up with some of those epic nachos since it was out third time there in as many days.

Nachos as big as your head @ Eddie George's Grille 27 http://t.co/HMDxUfyx

At some point we grew tired of playing pool and we asked for a table. I spotted the VIP room and suggested to JJJ that he try to sweet talk our way in there. Five minutes later we were in the VIP room. Win.

(disappointed I took such a crappy photo)

We hung out together until the season opener of Breaking Bad was about to start. Grateful to Austin for opening up his hotel room to us to watch it! After the show, Ryan and I said our goodbyes to Austin, Donovan and Syed, took JJJ back to his hotel and hit the highway toward home.

WordCamp Columbus was a great time. I’m grateful to the organizers and sponsors who made it possible. I learned several new things as always, had the opportunity to speak for the first time, and got to know some pretty awesome people. 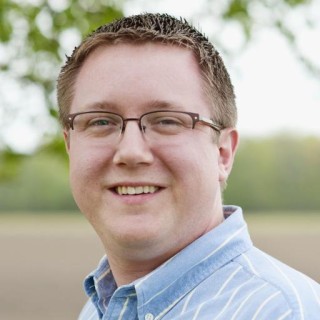